Spot on. I've had reservations about Mowbray since the day he arrived and posted as such. Brought in with the objective of keeping us up (his words at Blues a few weeks ago) - failed

A few of us on here came in for a fair amount of stick at the end of last season. We were the people who whilst thoroughly enjoying having something to shout about regarding Rovers for once in a long 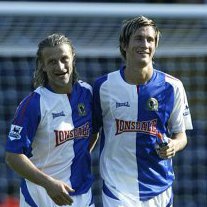 At the time of signing he was a 21 year old forward, with 40ish league one and championship goals under his belt, also played and scored at every level for England up to u21's. All opinions but I