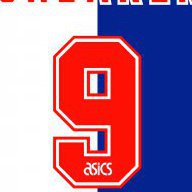 We had enough chances to have won comfortably today but were so wasteful in front of goal. Brereton and Gallagher are poor at pretty much everything but I'm reluctant to have a go at them. It's not th

You're floundering worse that Tony now in your attempts to wind people up and I don't know why I'm wasting my time replying.  However I want him fired because amongst other things, his transfer d

Shame you don't have this philosophy on the manager's position.