The Team that Jack built 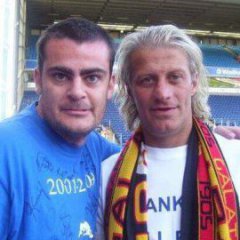 By Prelude,
May 5, 2020 in Blackburn Rovers Fans Messageboard