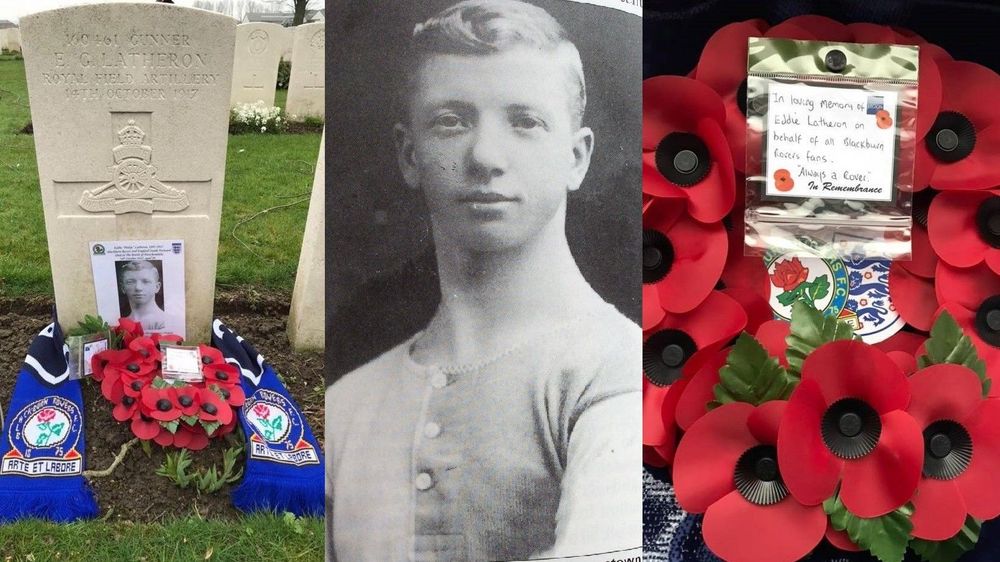 As I suspected there was a certain inevitability about the latest tranche of nominated inductees into the Blackburn Rovers Hall of Fame. Whilst few would disagree with honouring the five worthy recipients of the honour (all associated with that magnificent Premier League Championship achievement in 1994/95), I felt a certain sadness that those from an earlier, much earlier in some cases, vintage were 'overlooked'.

Despite that sense of disappointment, I found myself reflecting on the ghosts from Rovers past as representatives of what should be the full and glorious history of this great club. Players whose names and footballing exploits are inextricably woven into the fabric of Blackburn Rovers.

It was fitting, therefore, that the great Bob Crompton, the colossus of Rovers football, should have been one of the inaugural inductees, but I'm hoping he will be followed at least by a fellow team mate from that golden era when Rovers won the League Championship title twice in three seasons.

Any success is achieved through the efforts of the team, but by common consent there was perhaps one individual who typified the spirit of the team – a 'Golden Boy' – and that player was Eddie Latheron, who rejoiced in the nickname of 'Pinkie' due to his fair complexion. Latheron's already sparkling career was, however, to be ultimately dashed in the cruellest of circumstances.

The beauty of being a fourth generation Rovers supporter (my Grandson is now a sixth generation) is that my own experiences are given added value by those of my Dad, Granddad and Great Granddad (through my Granddad). It is always fascinating and intriguing to hear about players and matches from another era. I was even more fortunate insomuch as my Granddad was a very good pal of Rovers left back and also two-time League Championship winner and England International, Arthur Cowell.

The name often on my Granddad's lips, however, was Eddie Latheron, and my Dad too, in his formative years had seen the youngster in action. It was for this reason I wanted to briefly reflect on Eddie Latheron and his all too short Rovers' career.

Born in the village of Brotton, North Yorkshire on 22nd December 1887, he was a junior player with South Bank Corinthians prior to playing as an amateur with Northern League side Grangetown Athletic, from where he joined Rovers in 1906 for the princely sum of £25. Latheron's move to Rovers had been sealed following an impressive display in the FA Amateur Cup against Blackburn Crosshill. Although the zenith of Latheron's career would be realised some 8 years later with his second League Championship medal and International appearances, by the end of his first season at the Rovers he was already being lauded as one of the most precocious talents English football had ever seen.

By any measure of a player’s ability, Eddie Latheron was a gifted and outstanding talent – diminutive and slight in stature but a prodigious worker for the team despite being a prolific goalscorer, the two not always being mutually exclusive. By today's standards whereby young players tend to be drip-fed into a team, the Rovers of the early twentieth century recognised the veracity of giving a 19-year-old, plucked from the Lancashire Combination, his head, a decision that was to be fully vindicated.

Eddie Latheron was as pure a footballer as you could find – an excellent controller and purveyor of the football, accomplished in the air, the ability to beat opponents with skill and cunning, a keen football brain and to top it off an excellent team player to such an extent that his abounding principle was to play for the betterment of his side rather than enhance his own reputation within the game.

Boyish in looks, the young Latheron was soon to become a crowd pleaser and favourite amongst the Ewood faithful and perhaps setting the tone and the bar for those players who were set to captivate Ewood in future years. Eddie was signed by Rovers from Grangetown in March 1906 and made his debut against Middlesbrough on his 19th birthday later that year.

How much Rovers' League title wins in 1911/12 and 1913/14 owed to Latheron's precocious skills is open to conjecture but there is no doubt that he was one of the most influential performers in both title wins, and his dynamic partnership with the equally prolific Danny Shea fired both the Blackburn public's imagination and the club to Championship success.

Eddie Latheron scored 94 League goals in 257 Rovers appearances and this would surely have been boosted further had not fate's cruel hand intervened in the shape of the Great War. Similarly, during the 1913/14 season Eddie was to win his two England international caps including a debut goal against Wales. Eddie also represented the Football League on three occasions. Including wartime football, where Eddie guested for Blackpool and was their top scorer, he played a total of 303 games for the Rovers, scoring 120 goals.

Eddie Latheron, the 'Golden Boy' of Rovers football was killed in action at Passchendaele on 14th October 1917 – he was 29 years old. To put it into perspective, within a week, following his final game for Rovers against Bury on 17th March 1917, Eddie was at the Front, and months later he had been killed. In a letter home Eddie's former Rovers team mate, Alex McGhie said this: ".......Latheron was happy and strong and was a tremendous worker, and if anybody has done his bit in this War, it is he."

I look forward to the day when Edwin Gladstone Latheron is duly recognised and becomes a rightful inductee into the Blackburn Rovers Hall of Fame.

*Huge thanks for the Belgium photos go to Adam Baybutt, who visited Eddie Latheron's grave in 2019 and laid tributes on behalf of the club and supporters.

*This article was originally in Issue 102 of 4,000 Holes. Please support the continued existence of the fanzine by considering a subscription or buying the occasional copy. It is much appreciated by all of the writers. Thank you. 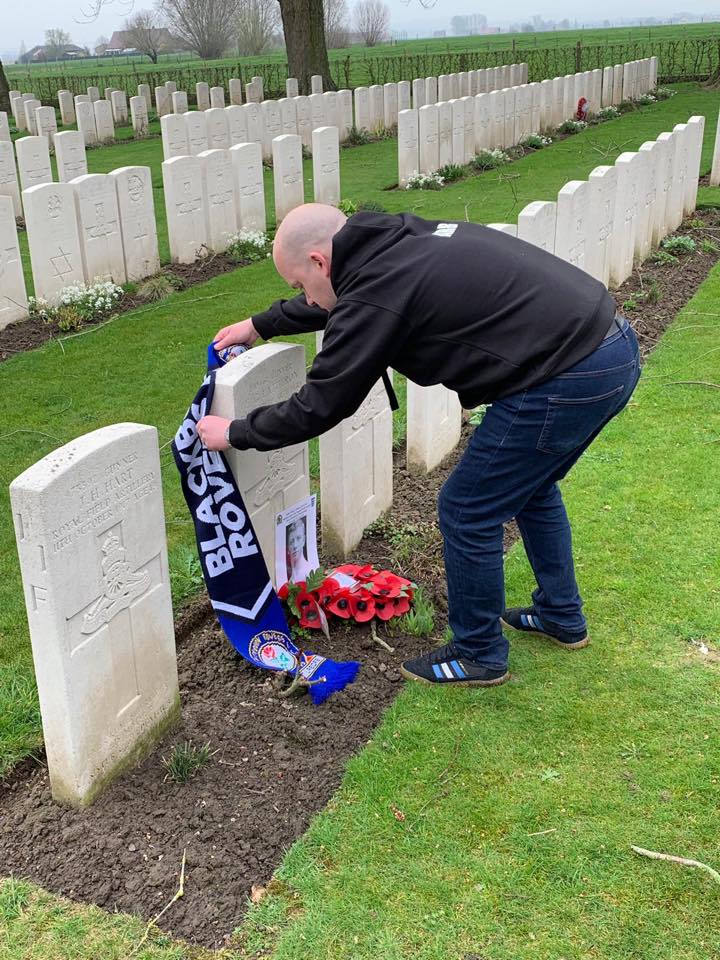