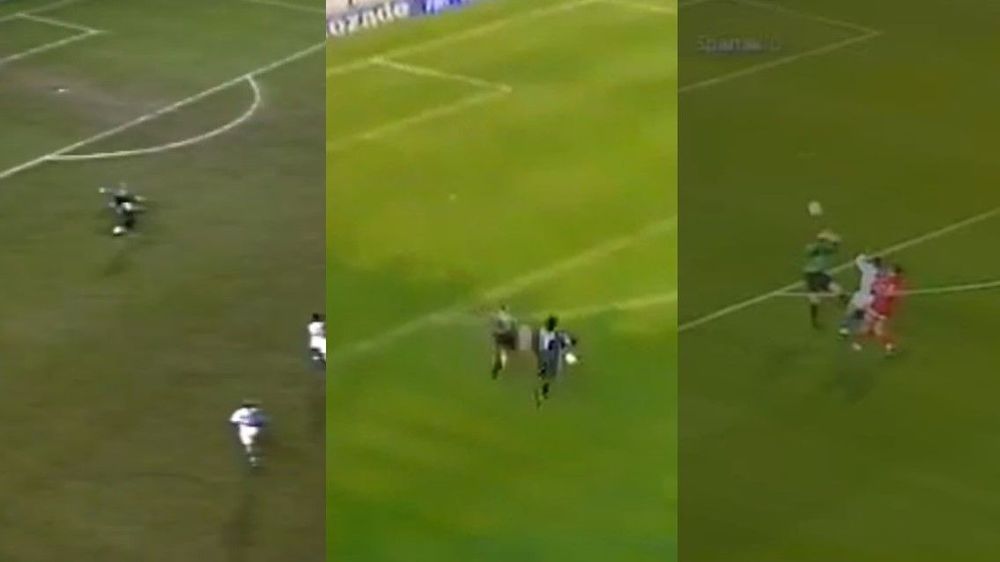 Rovers kick-off their 2022/23 campaign at home to Queens Park Rangers, which brings back memories of 1995/96 when Rovers started the season as Champions of England.

Alan Shearer’s early penalty settled that match against Saturday’s visitors, but the other notable incident of the 1–0 win is the sending off of goalkeeper Tim Flowers.

Flowers was recently placed at No 35 in The Athletic’s Best Premier League performances series – for his famous display of bottle against Newcastle United in May 1995.

That year was arguably the peak of his career and indeed he was first choice for the national side in the summer – starting all three matches in the Umbro Cup.

Yet memories of ‘Victory at Ewood Day’ and the familiar chant of ‘England’s Number One!’ belie the fact that he was also prone to some exceptionally erratic behaviour which proved costly for Rovers.

Curiously, THREE separate incidents involving Flowers happened that same year – all in front of the Blackburn End and all with an identical modus operandi – him unnecessarily racing out of the penalty area to make a reckless challenge.

Alan Shearer loved playing Leeds and he had an excellent early one-on-one chance which John Lukic saved well. Just ten seconds later, a suspiciously offside-looking Brian Deane raced clear at the other end but a charging Flowers chopped him down outside the area to earn a straight red card after just 1 minute and 35 seconds.

Mark Atkins was sacrificed; Bobby Mimms came on and Chris Sutton dropped deeper to make a rough 4-3-1-1. Referee Rodger Gifford wasn’t obliged to “even things up” but minutes later he seemingly did by awarding a very generous penalty when Sutton went down easily. Shearer scored.

Mimms stayed strong, including one great save onto the post from a Gary McAllister strike, until Gifford properly evened decisions up by awarding a late penalty when Jason Wilcox collided with McAllister, who dispatched the spot-kick after a big protest.

Despite the early miss, this was arguably Shearer’s best ever Rovers performance in his unforeseen role as a lone forward – he received a rare 10/10 from Peter White in the Telegraph.

Six months later, it was déjà vu at Ewood on two counts. Alan Shearer scored another generously awarded fifth-minute penalty and Flowers performed a carbon copy of his Leeds act.

Once again, either the Rovers backline or the linesman was asleep as Trevor Sinclair raced onto a long ball… and out came Flowers to dangerously clatter into him with what is better described as a kung-fu kick rather than a tackle. Flowers stayed down injured, or perhaps more likely he was trying to lay low and somehow avoid the inevitable – another straight red.

“BOBBY!! YOU’RE ON AGAIN!” This time there were just 17 minutes left to play and Rovers hung on for an opening day win in the ultimately failed title defence.

A decent Spartak Moscow side won all six matches in Group B and so a draw in Rovers’ first-ever Champions League match wouldn’t have been the disastrous start that a defeat turned out to be. A gift of a goal set the tone for an embarrassing European campaign.

This time Rovers were caught out on the break from their own first-half corner. Two excellent Spartak passes forward gave Sergei Yuran something to chase, but with the ball bouncing high and Graeme Le Saux backtracking, he still had a lot to do to create a chance.

Out of nowhere, Flowers appears in shot in no man’s land with his arms above his head. Madness. If his hands had made contact with the ball then it would have been his third red of the year but Yuran hooked the ball over him and into the gaping net.

As Ron Atkinson said in commentary on ITV: “What was Tim Flowers playing at? Is that the same position on the field where he’s been sent off a couple of times?” Erm… yep Big Ron and it’s uncanny: you could throw one picnic blanket over the location of all three incidents.

The New Year wasn’t too kind to Flowers either due to the infamous ‘Collybobble’ goal in February 1996, when a weak shot from Liverpool’s Stan Collymore bobbled over his shoulder via the goalmouth divot which Flowers marked out every half to fix his bearings.

Around the same time, regular goalkeeping blunders had earned David James the nickname ‘Calamity James’, yet I can’t ever recall there being any long-term question marks over the ability of Tim Flowers, despite four significant errors in just 13 months.

Flowers thankfully returned to being a very reliable stopper in the next couple of seasons, including a run of six consecutive clean sheets which earned him the Premier League Player of the Month Award in January 1997.

Incidentally, that good form probably caused a big ‘one that got away’: understudy Shay Given headed to Newcastle for £1.5 million in Summer 1997 and established a stellar career at the top level, including 134 caps for Ireland.

Flowers further added to his legendary status by proving he didn’t even need a patch of grass to get sent off – a verbal tirade at the officials earned him a red while on the bench at Coventry in 1999.

History will rightly be kind to Tim Flowers: a top-quality player on his day, owner of a Union Jack towel, a Championship winner, and one of the great characters too. But let’s not forget those maverick moments! 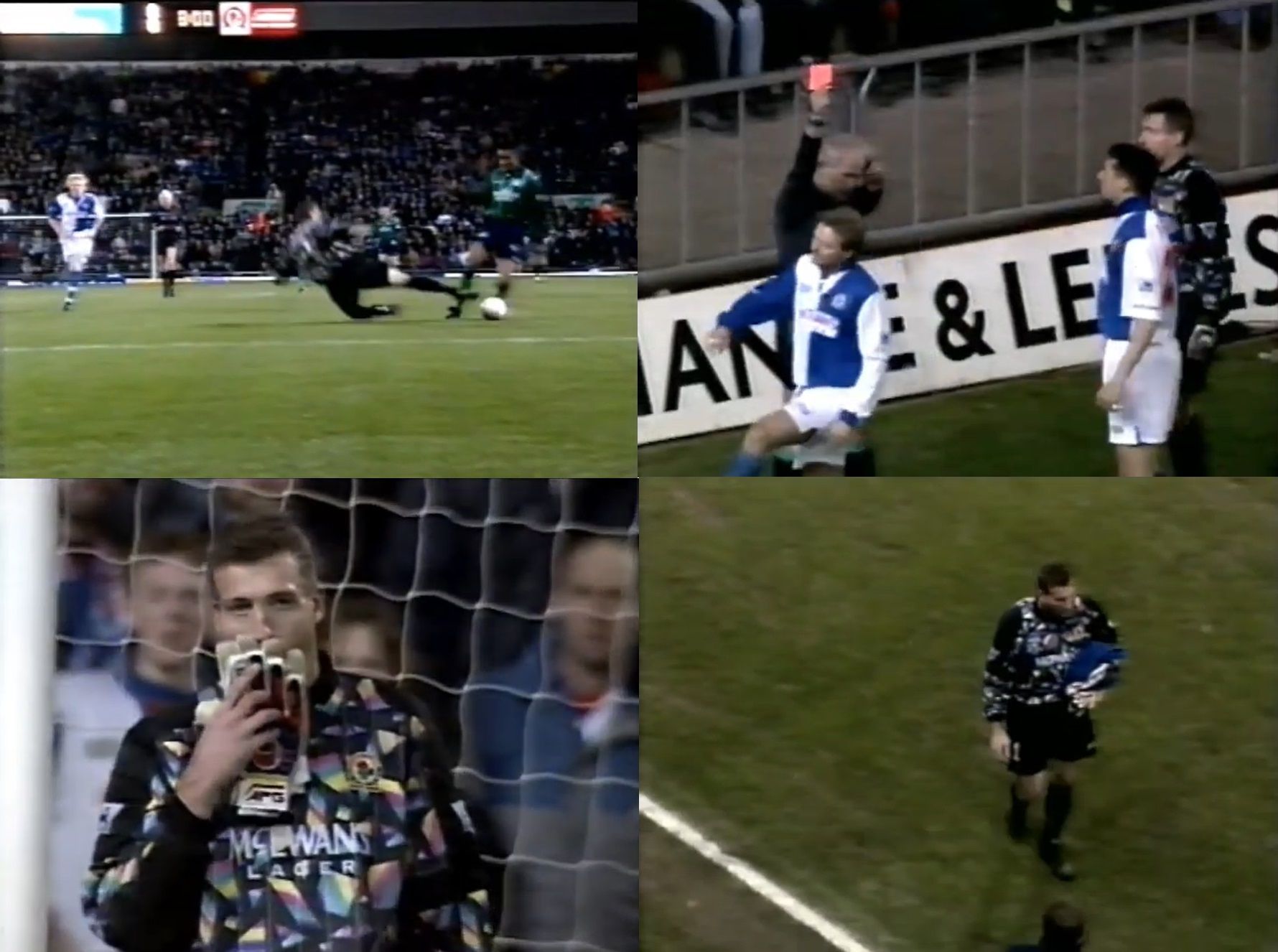 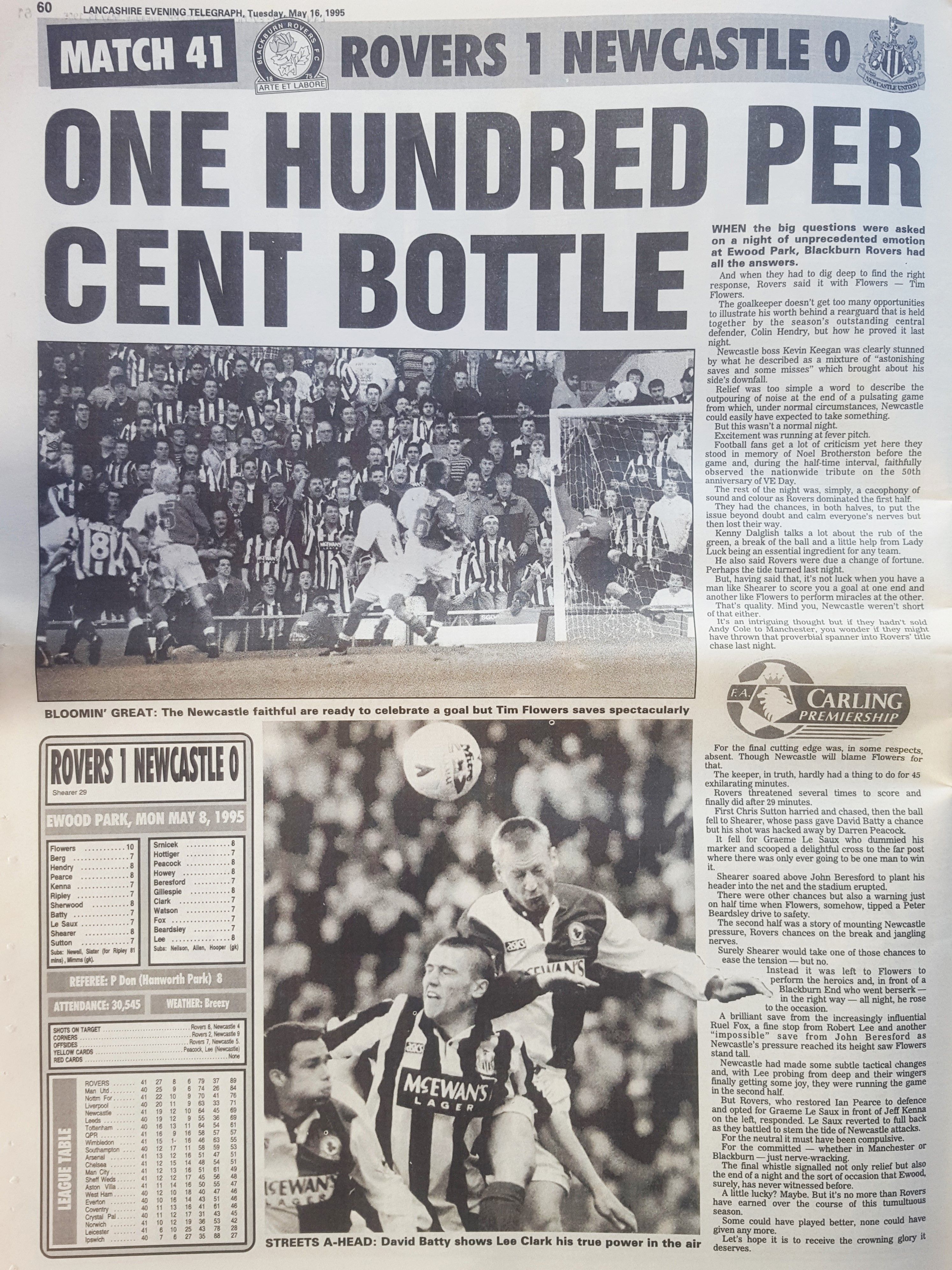