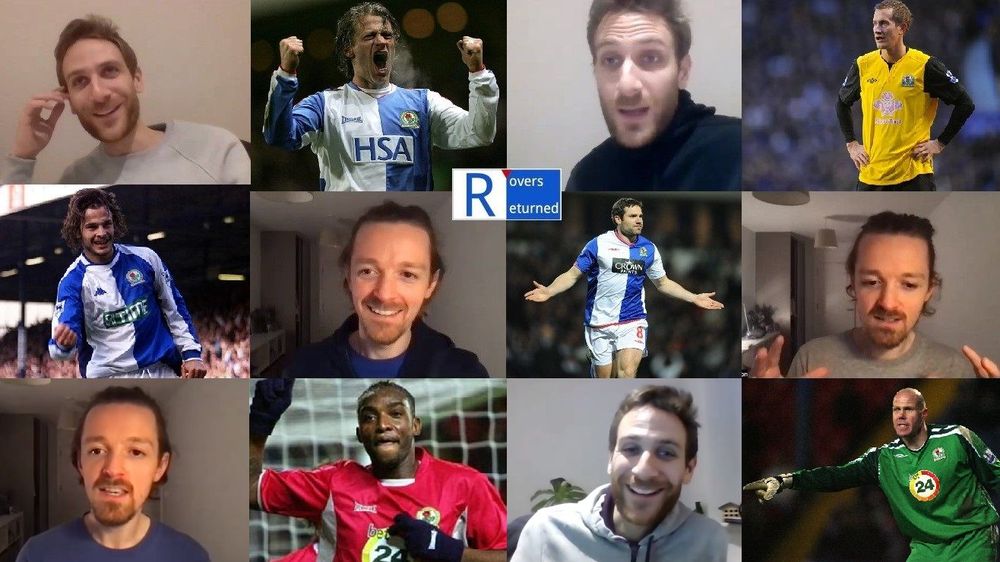 A brand new fan-made podcast series has been released this month which focuses on Rovers’ last spell in the Premier League. The duo behind the microphones describe how the project came about…

The deflating end to the 2021-22 Championship season – when at least a place in the play-offs looked eminently possible back in January – means that a return to the Premier League still eludes Rovers, ten years after relegation.

Since anniversaries can be a time for reflection, we decided to look back at the last time Rovers were in the top division, from 2001 to 2012, to remember what for a large part was an exciting and optimistic time in the club’s recent history. The result of this is a new podcast series, Rovers Returned, which charts the rise and eventual second fall out of the Premier League.

The ten-year anniversary felt an appropriate time for reminiscing, especially in the context of the club’s struggles to join the Premier League for a third time. The end of the most recent season was another reminder of just how hard it is to even get promoted, never mind staying there when you arrive. The goal of returning to the top flight can become obsessive, to the point that as fans, we don’t step back for a moment to appreciate the rationale behind the goal.

In recording this podcast we’ve rediscovered some of the amazing moments from the 2001-12 era, and reminded ourselves of what it was like to be a competitive Premier League side.

It’s not possible to discuss this era of the club’s history without the Venky’s takeover and Steve Kean’s disastrous spell as manager, which led to relegation. In researching for the podcast we had forgotten some of the details that began to emerge about the corporate governance model Venky’s initially employed, and how the existing board felt shut out from the decision making process. We remembered it was bad, but seeing the letter that John Williams sent to Venky’s which was leaked to the press about his concerns was hard to read, even ten years later.

Looking back across the 11-year period also gave us a new perspective on the evolution of the squad and the knock-on effect a couple of transfer signings can make. We describe the club’s best approach to transfer dealings as value investing, finding players undervalued then extracting a higher level of performance with the view to hopefully sell-on down the line. This is a great approach when it works, but towards the end of the 2000s the midfield in particular faced too many poor signings where this approach failed to deliver on the earlier success of the likes of David Bentley or Tugay.

The story of the 2001-12 era is also notable in terms of the wider development of the Premier League, and the situation Rovers found themselves in. While Jack Walker’s money had allowed the club to compete at the top end of the league in the mid-1990s, by the 2000s the stakes had been raised with the likes of Chelsea and Man City being taken over.

As the decade unfolded there seemed to be a growing sense that the league was evolving financially in a way that the Walker Trust couldn’t keep up, and hence looked for an exit in the form of Venky’s. It’s remarkable just how quickly things then unraveled, in contrast to the start of this period when Rovers felt able to purchase both Ciccio Grabbi and Andy Cole for around £7m each in the space of six months.

While the ending of the story is ultimately a sad one, we have found re-telling the story of this period an interesting and enjoyable one, and hope that fellow fans do so too.

Listen to the podcast on Spotify now at: https://open.spotify.com/show/3F2tBfD6It2Gvh9szxaD4I