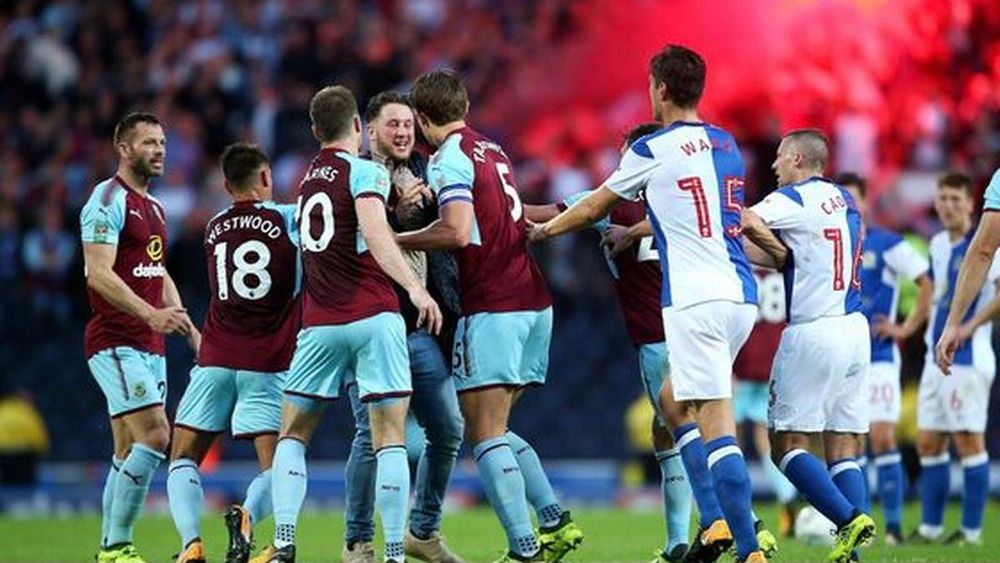 Throughout my lifetime, or at least since I have been into football and can actually remember the games, Rovers haven't had much luck against that lot down the road. Rovers last win against Burnley in 2010, is one of the first derby games I really remember.  Jordan Rhodes' goals are all I really know. But this time, it finally feels like we can win it and we actually have a chance. With the form we are in and given what rides on the game (going top into the world cup break) anything could happen.

This season is the beginning of a new era for both Burnley and Rovers with Vincent Kompany and JDT taking the reins at their respective clubs in the summer. It's fair to say that both managers and clubs went about a rebuild very differently. Burnley spent and spent and Rovers didn't. The blues have brought in a few players for fees that potentially raised eyebrows amongst the fans, but, compared to Burnley the money spent is nothing.

The last time Burnley came to town Paul Caddis, Elliott Ward and Ben Gladwin all started for Rovers in the EFL cup. Obviously, Rovers lost. But it just goes to show what I have to compare this season's game to. We have beaten them three times out of the 11 encounters in my lifetime and we last beat them eight meetings ago. Equalisers and draws are all I really know. A sad reality but it makes this game and hopefully future games that more exciting for me.

Jordan Rhodes provided Rovers fans with jubilation against Burnley, during his time at the club the Scottish striker is probably one of my favourites and one of the best players I have seen in blue and white halves. He is probably one of the only Rovers players I have seen that was genuinely considered amongst the best players in the league whilst he played for us. So with the likes of Diaz in the side currently, I think you can see why I am more excited now, than I have ever been for a derby. The playing field seems so much more even this time around.

The last few times we have played Burnley, the calibre of players on the pitch from both teams has not been very level. Whether it be weaker cup sides, or just Rovers going through a tough time in terms of on and off the pitch antics. But the games have never looked as even as this one. 1st vs 2nd, it doesn't get much more level than that. Playing for top of the tree, going into the World Cup break.

With a win against Blackpool, and a loss against Wigan, Rovers Lancashire based record is 50/50. But lets face it, this is the biggest and most important one yet. The third lancashire away day of the season, is it time to finally regain the East Lancs bragging rights.