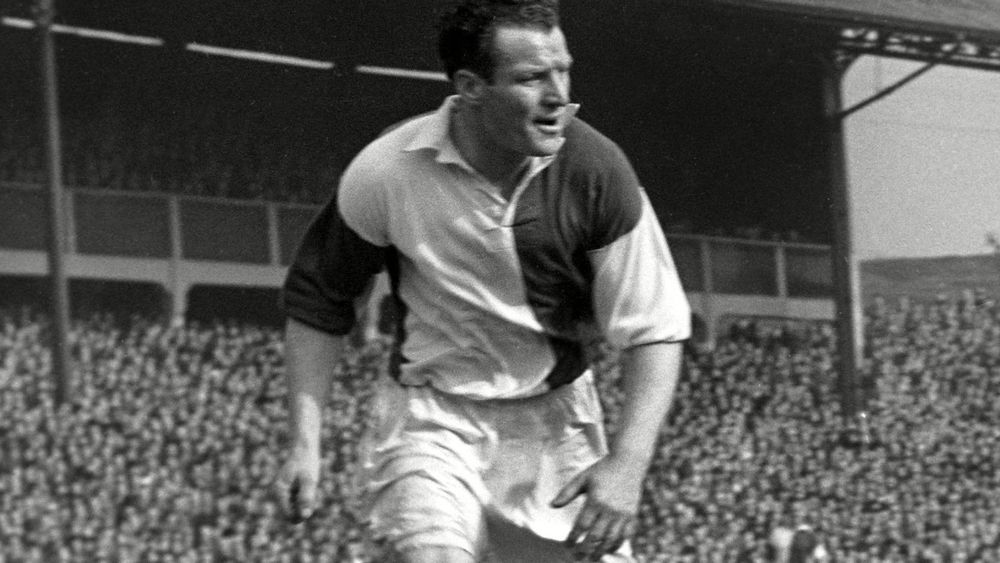 TOMMY BRIGGS – A MAN FOR ALL SEASONS

It is always a painful experience when your football heroes leave the club you support and even more so when it happens to be your first.

So it was in October 1952 when my first Rovers hero, Albert Nightingale, he of the look of a matinee idol and cavalier football spirit, was transferred, right out of the blue, to my schoolboy naivety, to Leeds United. How would I cope? How would Rovers cope?

I needn't have worried because a ready-made replacement hero was close at hand.

When Tommy Briggs signed for Rovers in late November 1952 for a "very substantial fee" he had already scored 107 league goals in 177 games for three clubs. It was no surprise to anyone at Ewood that what followed over the next five seasons was an avalanche of goals from a master of the art. There was a consensus of opinion which surmised that Tommy had a very unscientific approach to football and wasn't particularly skilful, but to accumulate goals at the rate and propensity he did, said otherwise – surely prolific goalscoring is one of the purest arts of football?

Briggs was a gentle and genial individual away from football but on the pitch he was as strong, bustling and powerful as anyone and in those days you had to be – it was a physical game with no quarter expected or given.

Briggs joined a Rovers team that was to all intents and purposes treading water. They were in their fifth season in Division Two under the management of ex-Grimsby Town star Jackie Bestall and whilst most were willing to cut the manager some slack there were murmurings of discontent amongst Rovers' supporters about the lack of progress.

Prior to Briggs’ arrival they had finished in 14th place in the table with a woeful total of just 51 goals scored. There was a familiarity in defence of Reg Elvy, Ronnie Suart, Bill Eckersley, Jackie Campbell, Willie Kelly and Eric Bell, whilst an emerging talent was ready to make his mark – Ronnie Clayton. Up front there was no shortage of talent from the likes of "Twinkletoes" Eddie Crossan and the imperious Eddie Quigley, who was shuttling between inside left and centre forward, with amateur international Bill Holmes also playing 13 times that season. What Rovers were missing was a prolific goalscorer. The wing positions too were of concern with the likes of Jackie Wharton, Les Graham, Alec Glover and the flatter to deceive George McLuckie all making appearances.

The Saturday before he signed for Rovers, Briggs had been on the scoresheet for Birmingham City at Ewood with many in the 18,500 gate wishing he was in blue and white halves – that wish was about to be granted.

Briggs signed during the coming week and made his debut at Bury on 29th November 1952 in a 1–0 defeat. His home debut saw him score twice as Southampton were beaten 3–0. That season Rovers finished ninth and Briggs contributed 9 goals in just 17 appearances.

The following season, 1953/54, saw the arrival of the great Johnny Carey who was about to provide Ewood with goals, goals and more goals – yes, it is true the team conceded them too but the entertainment value for Rovers supporters was immense. Mr Carey signed a young Scottish winger from his old club, Manchester United, in Frank Mooney and there was a welcome return for the old warhorse and England international left winger, the great Bobby Langton, now in his footballing advanced years but as wily and potent as ever. Rovers missed out on promotion by a whisker, finishing 3rd, whilst Briggs scored 32 goals in 41 starts and Quigley 22 in 40 appearances.

Briggs had set his own personal benchmark and never disappointed. The following season, 1954/55, although finishing 6th, the Rovers scored 114 league goals, all bar four coming from the "Fabulous Five" forward line. All the front five were in double figures, Briggs leading the way with 33 from 41, Quigley had 28 from 40, Mooney 16 from 42, Crossan 18 from 40 and Langton 13 from 42. Included in that goal glut was the relentless hammering of Middlesbrough 9–0 at Ewood. Not only was it remarkable in terms of the scoreline but also because Tommy Briggs failed to score, but his finest hour was yet to come.

On 5th February 1955 against Bristol Rovers at Ewood, Briggs obliterated the club's individual goalscoring record by scoring seven in an 8–3 Rovers win. Trailing 3–2 at half time, Crossan and Briggs the scorers, Tommy scored six second-half goals including a penalty which he virtually had to be manhandled by Bobby Langton to take. I'm pretty certain too that one of his goals was scored after beating four defenders before rifling the ball home. The day was a glorious and fitting accolade for this great goalscorer.

The 1955/56 season ended with Rovers in 4th place but the goals kept on coming – 83 this season. Briggs with 31 from 41 was again in imperious form and a new star was beginning to twinkle, Bryan Douglas, who replaced Frank Mooney, but that only increased the entertainment value, and introduced the arrival of my ultimate Rovers hero.

Another 4th place finish ensued in 1956/57 and, in a changing football landscape at Ewood, in which youngsters Peter Dobing and Roy Vernon were given their head, the one constant remained, another remarkable goals return from Tommy Briggs, 32 in 42 games. It was also during the season, on the 8th December 1956 that history was made against Bristol Rovers (again) at Ewood when the first of Briggs’ two goals beat Ted Harper's club aggregate goalscoring record.

Ironically the promotion season of 1957/58 came too late for the ace marksman – a loss of form and niggling injury saw him play just a dozen games but still scoring 3 goals, before rejoining one of his old clubs, Grimsby Town, mid-season.

Thus came to an end a historic and honourable chapter in the history of this great football club, Blackburn Rovers. Tommy Briggs made 194 league appearances for the Rovers scoring 140 goals.

In addition to scoring seven goals in one game, Tommy scored four goals in a game, he had five hat-tricks to his name (including the double hat-trick in his seven-goal haul) and on 26 occasions scored two goals in a game.

Although his own record was eventually broken by Simon Garner (something for which I have never really forgiven Simon), Briggs could comfort himself that his goals were scored over just four full seasons. His magnificent seven-goal scoring feat will live forever among the great memories of the Rovers' famous old ground and in the memories of those supporters privileged to see this fabulous goalgetter. His career statistics read 390 appearances and 256 goals.

Tommy Briggs was the archetypal centre forward who re-wrote Rovers history with his goalscoring exploits and rightly deserves his place reserved for the greats of Blackburn Rovers. 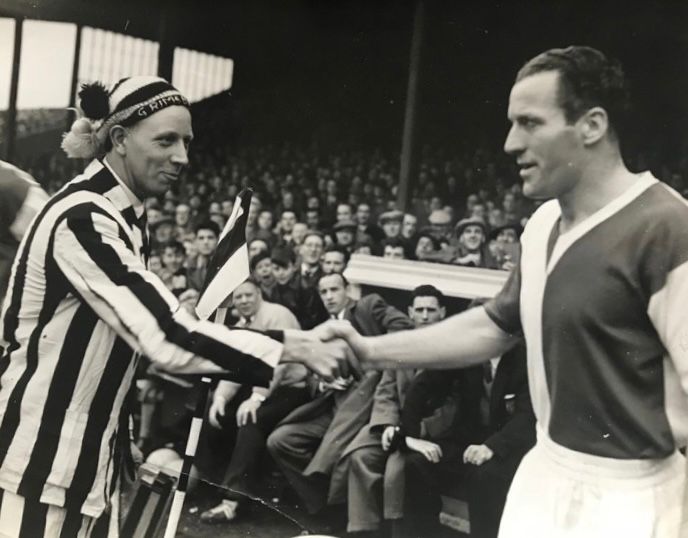