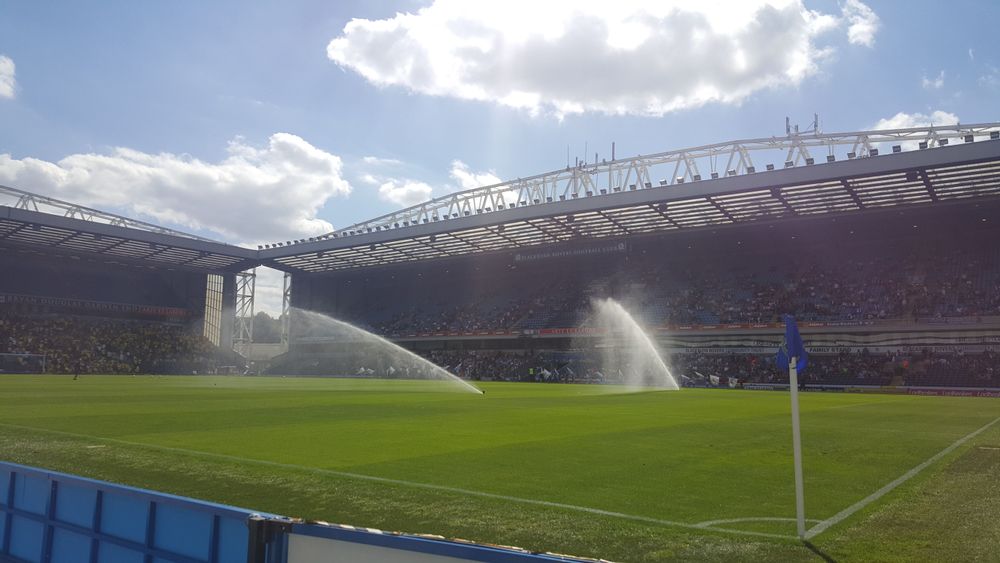 Here’s a rundown of some of the memorable matches which opened the season in the club’s history.

1. Newcastle United 1–5 Rovers (August 1958). The promotion party continued as Rovers celebrated a return to the top flight by thumping Newcastle in front of 52,497 supporters, with goals from Roy Vernon, Tommy Johnston (2), Peter Dobing and Bryan Douglas (pen). Manager Johnny Carey remarkably then led the team to 5–0 wins in the next two games against Leicester City and Tottenham.

2. Rovers 5–1 Wolves (August 2003). Disappointments about the exits of David Dunn and Damien Duff were forgotten as debutant Brett Emerton starred on the right wing and David Thompson returned from a knee injury on the left. Both scored excellent goals, Lorenzo Amoruso headed in on his debut and Andy Cole came off the bench to score two from classy Tugay passes.

4. Manchester United 1–3 Rovers (August 1960). Incredibly there was no hangover from the FA Cup Final debacle, as managerless Rovers awaited the arrival of Jack Marshall from Rochdale with a surprise win at Old Trafford. And after his naïve transfer request before the Final, it just had to be the mercurial Derek Dougan who bagged a hat-trick.

5. Everton 2–3 Rovers (August 2008). Paul Ince’s tenure started with a well-earned away win at Goodison Park, including a splendid David Dunn curler and a tidy Roque Santa Cruz finish. A draw looked likely until Ryan Nelsen headed against the post in injury time, leaving Andre Ooijer with the simplest of tasks to net the winner from barely a yard out.

6. Grimsby 1–2 Rovers (August 1974). Debutants Ken Beamish and Graham Oates both got on the scoresheet as Gordon Lee’s new look team started a campaign which eventually delivered the Third Division Championship.

7. Rovers 4–0 Fulham (August 1959). This was a period when Rovers knew how to do opening days. Ewood Park provided an attendance of 30,232 as newly-promoted Fulham were thrashed, with goals from Derek Dougan (2), Roy Vernon and Peter Dobing.

8. Middlesbrough 1–2 Rovers (August 2007). Roque Santa Cruz had a dream debut by heading in an equaliser just three minutes after coming on as sub for the concussed Benni McCarthy. Matt Derbyshire then bettered him by curling in a delightful winner only a minute after being brought on.

9. Rovers 1–0 Derby County (August 1997). The start of a significant new era as Roy Hodgson celebrated his 50th birthday with a win thanks to a Kevin Gallacher header from Stuart Ripley’s corner. Patrick Valery, Stephane Henchoz, Martin Dahlin and Anders Andersson all made appearances as the continental influence took shape.

10. Rovers 2–1 Swansea City (August 2021). The sounds, sights and even the smell of football returned as supporters came back to Ewood to see a first league match for 17 months. Sam Gallagher and ‘new signing’ Ben Brereton Díaz ensured the opening day hoodoo, which had not seen Rovers win their first match since 2010, was finally lifted.