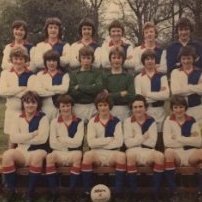 By Paul Mellelieu
February 20, 2008 in I Can't Believe It's Not Football Archive