Songs To Play At Your Funeral 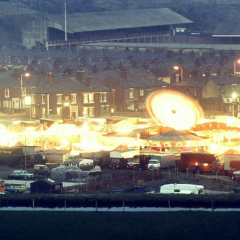 By Riversider28,
February 11 in I Can't Believe It's Not Football