Ah, Michel, thanks for the tear in the eye old pal. This is what real loyalty looks like Bradley, Elliot and co: 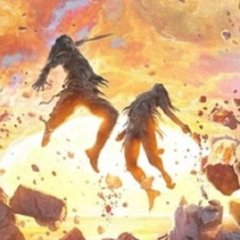 The ex-players I don't really care about. Not exactly a list of Rovers legends there.  Hard to fathom current players 'liking' that post though. Dack told a Rovers fan in the comments to "relaxxx

The fact that they can’t see what’s wrong with their attitude speaks volumes for the lack of winning mentality at Rovers.