It's really sad to see Newcastle's gleeful reaction to becoming a propaganda arm of the Saudi regime. I get that they are sick to death of Mike Ashley, and they are about to get a huge boost in the co 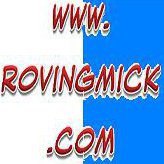 No such entity as the "EPL" but I don't know how the Premier league can actually say this The worst thing is the reaction of the Newcastle fans. I've seen them on the news literally crying with d