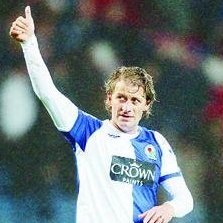 By Upside Down,
October 5 in Blackburn Rovers Fans Messageboard

Has this team been tested for Bi-Polar disorder

Someone wishing injury on szmodics is a new low for this board. There's getting angry and posting unjustified shite and there's being an utter twat.

Wishing injury on a player is disgusting.